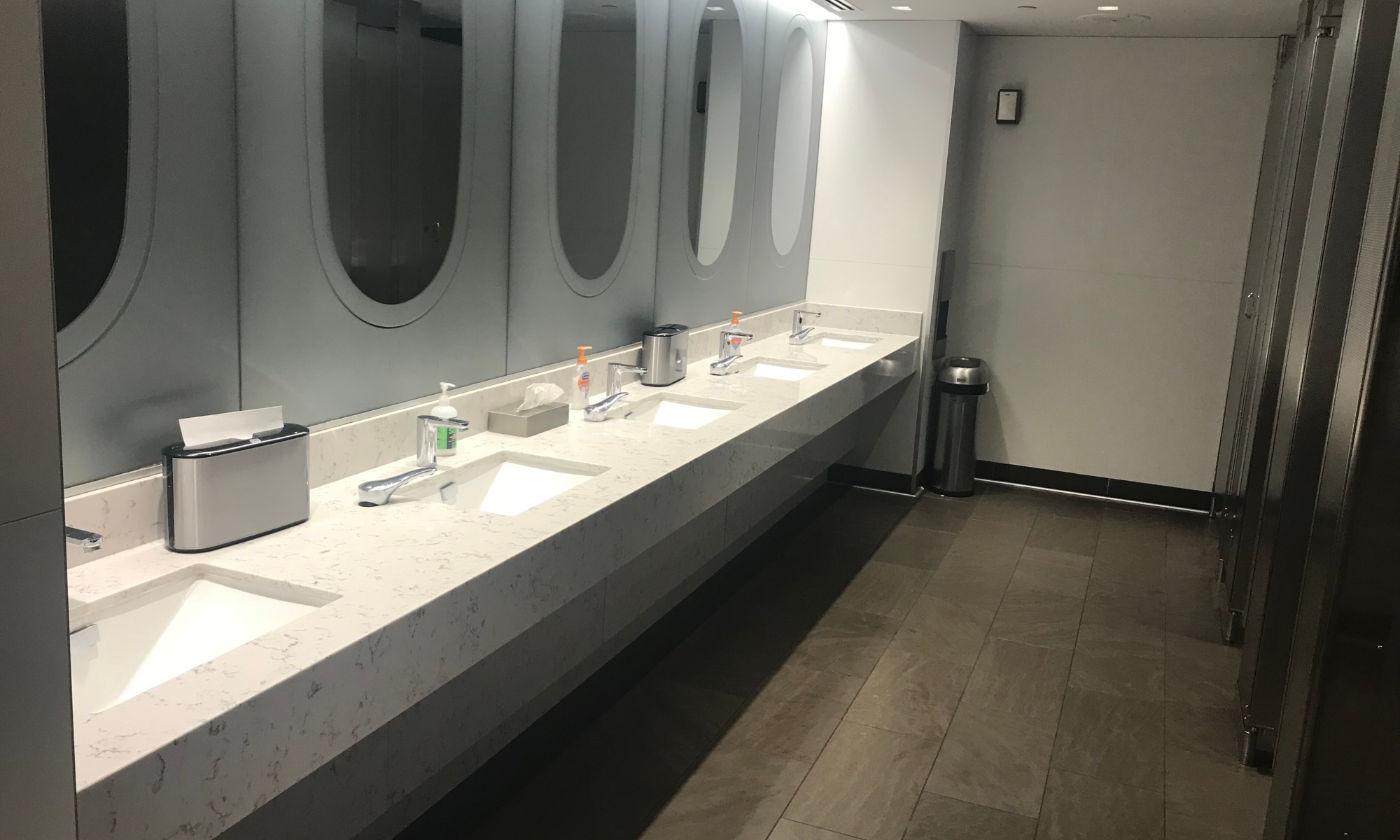 A review of the United Club IAH Terminal C North during a Mileage Run trip to Asia and back!

I have not been paid by any entity in any way (financially, benefits) to write the following post. This is from a trip that occurred in December 2019. Any airline, lounge, and/or loyalty program policies may have changed since then. ADDITIONALLY: THIS OCCURRED PRIOR TO THE COVID-19 PANDEMIC. PLEASE TAKE CAUTION WHEN TRAVELING, AND ALWAYS WEAR YOUR MASK.

So after coming in from Harlingen, our plane taxied to Terminal A, which is very unusual considering that United basically owns the airport EXCEPT for Terminals A and D. This meant walking to the Skyway that would take me to Terminal E, where UA7 would leave out of. However, seeing that I had some time to spare in Houston, I headed to the newer Terminal C North United Club.

Upon entering you notice the beautifully designed lounge and mood lighting, which ushers this lounge experience into the modern era. Gone are the days of endless wood, being supplanted by purposefully designed plastic and marbling, with tasteful lighting.

Since it was about 6:30AM, the lounge was sparse, which meant you could get a seat right up at the window. This also meant that breakfast was being served, and since I was flying on an empty stomach, I decided to get a bite and some more coffee.

I ended up going with a very European styled breakfast, consisting of a croissant, yogurt with granola, strawberries, and coffee.

Also can’t forget the bar area, where you can get certain complimentary drinks and premium drinks at a cost.

Now this morning was horrible for sights and flying since a storm decided to just stall over the airport and hammer it with lightning and thunder.

They also have traditionally brewed coffee for those that just want a simple cup of joe.

I waited a while for the sky to lighten to see if I’d get a good outside view, but the rain just wouldn’t let up!

Before heading out I quickly went to the restroom to snap some pics of the interior.

It’s really cool to see the mirrors designed as airplane windows, and the greytone, along with the marble and light really provides an atmosphere of sophistication not just in the restroom (lol), but throughout the lounge itself.

The United Club IAH Terminal C North is probably the best United Club in Houston thanks to its modern interior and tasteful layout. Normally, most people would have argued that the Terminal E lounge is superior in Houston, which would’ve previously been true thanks to the ample room of the lounge. But this lounge is now my favorite in Houston, and I can’t wait for them to overhaul the other United Clubs at IAH to bring them into the new decade.

As always, remember to keep living life one trip at a time!

Processing…
Success! You're on the list.
Whoops! There was an error and we couldn't process your subscription. Please reload the page and try again.

Want to help us bring you more content? Donate to our blog via PayPal! Every dollar and dime helps us continue flying, which allows us to provide this awesome content to you! Just donate to bloxfilm1@gmail.com, on PayPal, and you’re good to go!

Thank you for being here, and for helping us bring you this content.

© BloxfilmOne Travel 2020. Unauthorized use and/or duplication of any and all material, including text and pictures, without expressed and written permission from this site’s author and/or owner is strictly prohibited. Excerpts and links may be used, provided that full and clear credit is given to BloxfilmOne with appropriate and specific direction to the original content.